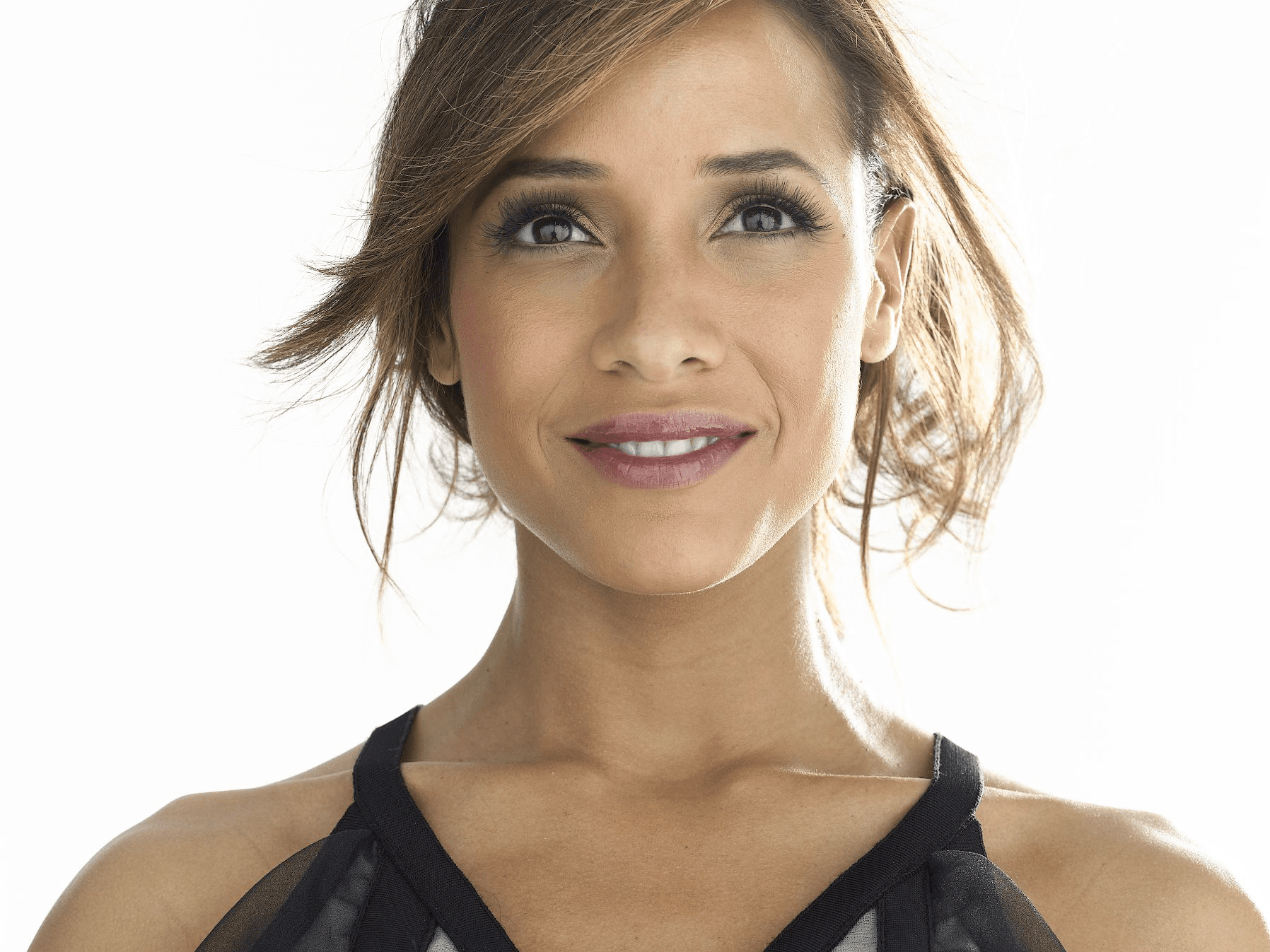 Actress Dania Ramirez was born in the Dominican Republic, and was raised there by her grandmother, before joining her parents in New York when she was almost 10 years old. Today, the actress has two kids of her own, and a resume full of appearances on screens both big and small, including as part of The Sopranos, Entourage and  Heroes with Hayden Panettiere.

On June 4th, her new series, Sweet Tooth, debuts on Netflix. Produced by Robert Downey, Jr., it follows Gus, who is part boy, part deer, as he ventures from his forest into a post-apocalyptic world. We spoke to Dania, Mom to 7-year-old fraternal twins, about her character, Aimee (who is  rebuilding a habitat and helping orphaned hybrid children), her parenting philosophies (including her thoughts on gendered toys and talking to her son and daughter about discrimination), and more. Plus, her pandemic tip that helped her “stay cool” in the last year—one that might help all of us, quarantined or not.

Can you please tell us about your new role and what attracted you to it? It sounds pretty fascinating.
This show is so special. You read scripts sometimes and like them, but this was so much more than that–the message and the hopefulness just hits you. It really resonated with me because I read it when the pandemic was getting started.

I had just taken a year off to be with my kids. I waited a long time to have children and was at the height of working all the time when I had them, and I needed that time. But then when I got the script I loved it, and wanted to connect to this character’s journey in a real way. I also loved the team working on it. I did the first test read in our living room [on Zoom] with my husband there.

Sounds fantastic! Speaking of the team, what was it like working with Robert Downey, Jr.?
I’ve always been a huge fan of his work. He and his wife have a fabulous energy. They’re not only focused on success and talent, but they are also very grounded in family. They’re parents and live on a farm. The comic book  [that the series is based on] has such a dark tone that they wanted to keep the themes but make it an enjoyable, family show. I’ve actually never met them in person because we filmed separately during the height of COVID! 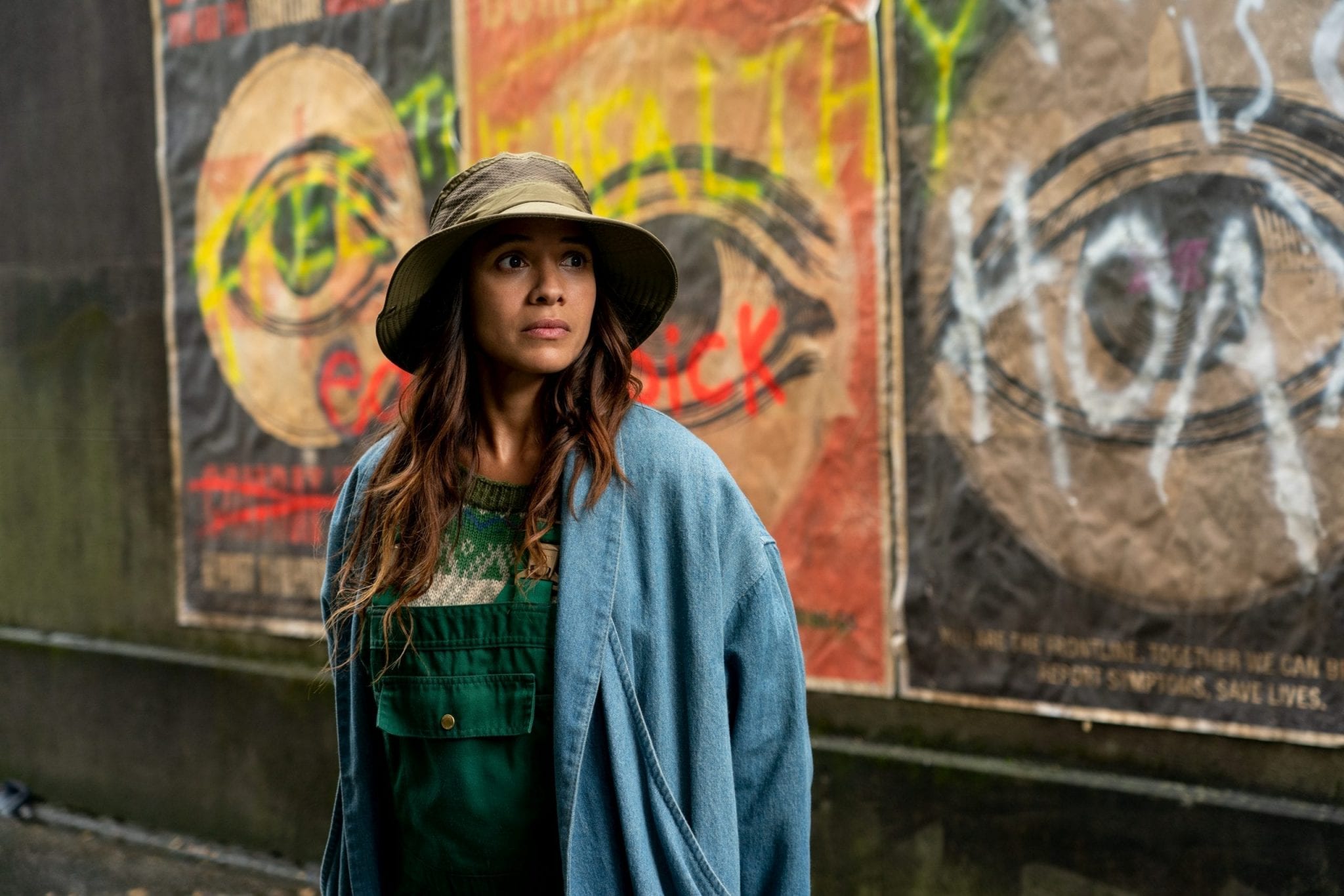 Would you let your kids go into acting?
I was born in the Dominican Republic and lived with my grandmother. Someone came and asked me if I wanted to model and that was my intro to the entertainment industry. Spike Lee actually gave me my first role – he said you have a gift. For me it was fun and came naturally—I enjoyed it.

I know the industry well enough now, though, to know wanting to be in front of the camera is not enough. Having talent is not enough. You have to have a love for it. My daughter saw the trailer and said ‘I want to do that’ and I said okay, but you have to put in the work and it’s not all fun. I’m a big believer that it’s important to have thick skin, not just in acting but in life.

As a Latina actress, have you experienced discrimination? And how do you talk to your kids about that?
If something makes you uncomfortable, and I’ve had my share of those moments in life and in Hollywood, I think it is about how you choose to look at it. I’m an optimistic person and I try to look at these moments and say that didn’t feel good, but what did I learn? I find myself having empathy and compassion and feeling stronger. And that’s what I talk to my kids about. I want them to be ready,  but not carry my journey on their shoulders. They have an opportunity to create a world that’s based in love and understanding.

You’re a twin mom—what has that particular journey been like?
I wasn’t a mom before having twins, so it all moved so fast. I went back to work 2 ½ weeks after I gave birth. I was just trying to keep up and keep them alive! It wasn’t until after the 1st year that it became really magical to see their different personalities and identities. For example, my son walks around like he wants to protect my daughter. And she’s always been nurturing to him. Also, my daughter is a tomboy. She won’t wear a bikini and wants to wear shorts and likes “boy” toys. I asked her why she wanted to play with them and she says they’re more fun! You really wonder how much [of gender-based preferences] is just society telling you how to be. I wanted to be aware of that in my mothering style.

Love that. How did you manage to work and parent during quarantine?
Thank God for my husband, honestly. I was busy and was out of the country for quite some time. We ended up having help in the house but he was with them 24/7, too. When I came back the strategy was just to keep cool through those crazy moments. I came from a different background completely. I was raised by my grandma and then before that in the Dominican Republic – strict and a lot of yelling. When you’re home all the time and there isn’t another way to handle a situation the best thing is to step away and give them quiet time. They know…they go to their room and think about what they’ve done but that also lets me have time to cool down before we speak about it. I learned a lot through this past year of being together so much more.

Who would you love to work with?
I’ve always been a big fan of Penelope Cruz and Pedro Almodóvar. I would love to do something in Spanish (either full Spanish or half Spanish)—it’s been on my bucket list. That would be very interesting to me.

Stay up-to-date with what is happening in-and-around the Lehigh Valley, PA community with local events, community highlights, and exclusive deals.